One of the broadest and modern helicopter fleet of our region, equipped with cutting-edge technology, equipment for every kind of mission and the highest security standards.

*Final confirmation is subject to aircraft availability at the time of booking. 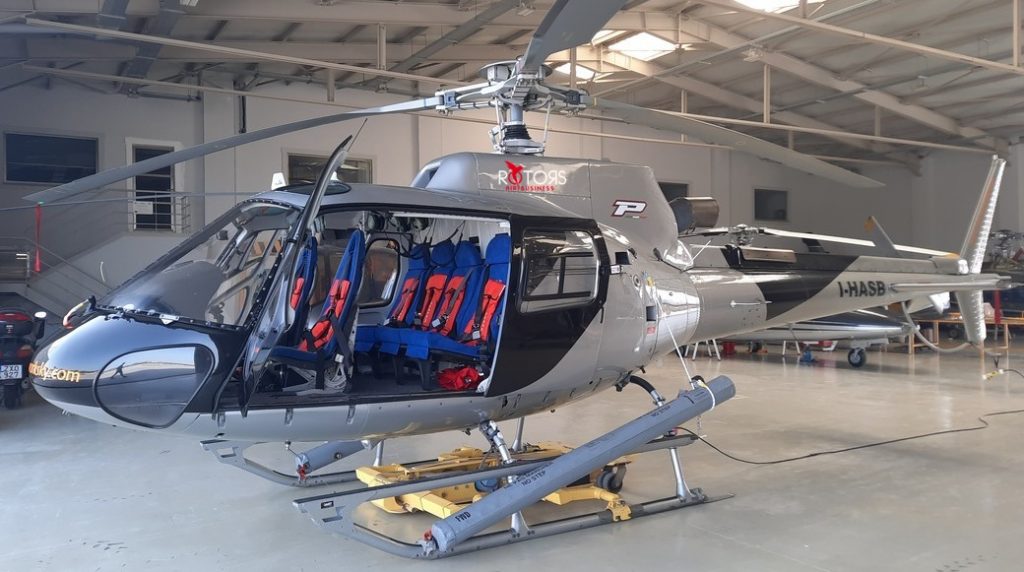 “They have easy boarding, as well as an unobstructed cabin and forward-facing seats which guarantee excellent visibility for passengers”.

The H125 is the undisputed leader in its class for the past 30 years.

About 950 H125 (AS350 B3+) aircraft are currently in service worldwide, and are mainly used for high-performance missions in high and hot conditions. 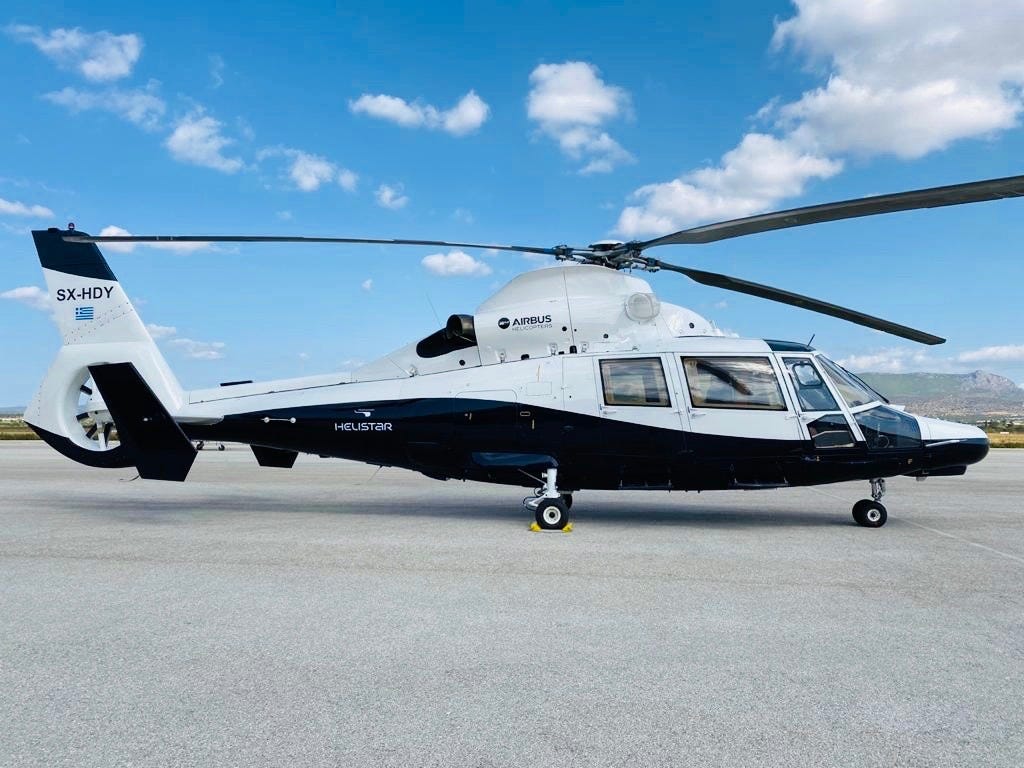 The Eurocopter (now Airbus Helicopters) AS365 Dauphin, also formerly known as the Aérospatiale SA 365 Dauphin 2, is a medium-weight multipurpose twin-engine helicopter produced by Airbus Helicopters. It was originally developed and manufactured by French firm Aérospatiale, which was merged into the multinational Eurocopter company during the 1990s. Since entering production in 1975, the type has been in continuous production for more than 40 years. 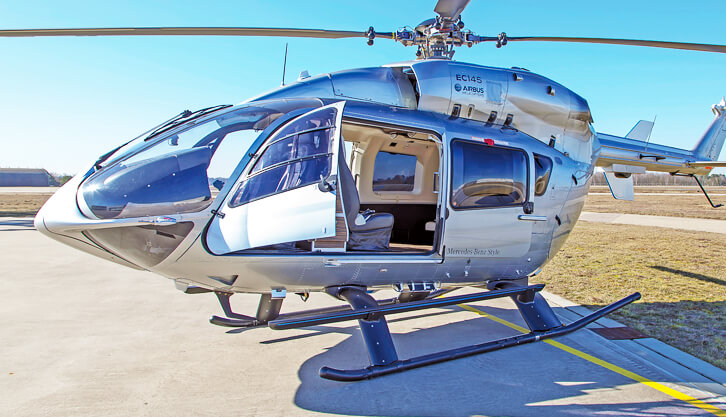 All with a whisper-quiet ride that enables you to do business or entertain in your own time and space. Designed to be shared, the interior is intensely welcoming: a sanctuary in motion.

The H145 perfectly blends all aspects of performance. Designed for safety, and luxury luxury with a four-axle automatic pilot for complete protection, precision and control. 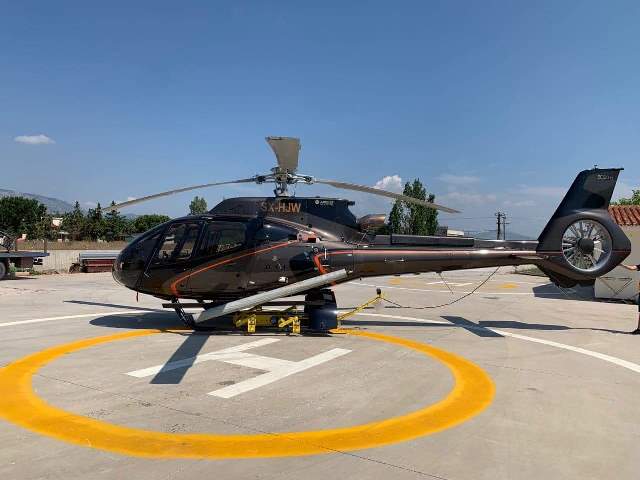 From major tourist destinations to the busy airspace over cities, the single-engine H130 (previously known as the EC130 T2) is in widespread use with sightseeing services, charter operators and emergency medical services, among others.

The H130 is an intermediate single-engine helicopter tailored for passenger transport, sightseeing and VIP duties, as well as medical airlift and surveillance missions. As a multi-role rotorcraft, the H130 has a spacious cabin for one pilot and up to seven passengers, depending on the configuration, 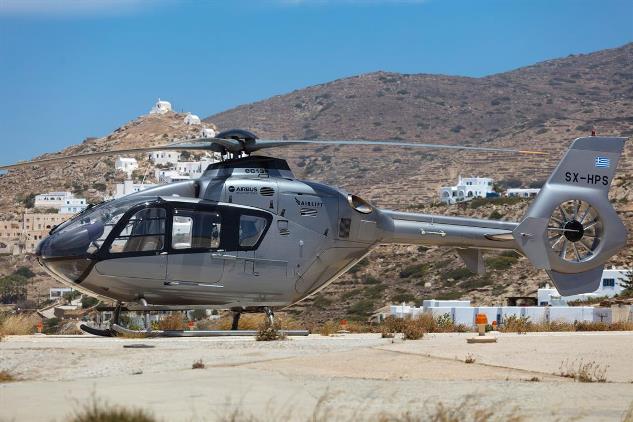 The H135 strikes an optimal balance of performance, manoeuvrability and comfort that helps passengers maximize every minute of their travel time.

Increased power and a redesigned avionic suite are two ways the ACH135 outperforms its original design goals and contributes to class-leading efficiency.

Serenity settles in at 4.000 feet. While traffic snarls below, you’ve gained time getting to your next appointment — a whole lot better than wearisome.

Upholstery made of the best leather, trimmed with precision and hand sewn with proper care and attention by highly experienced craftsmen. 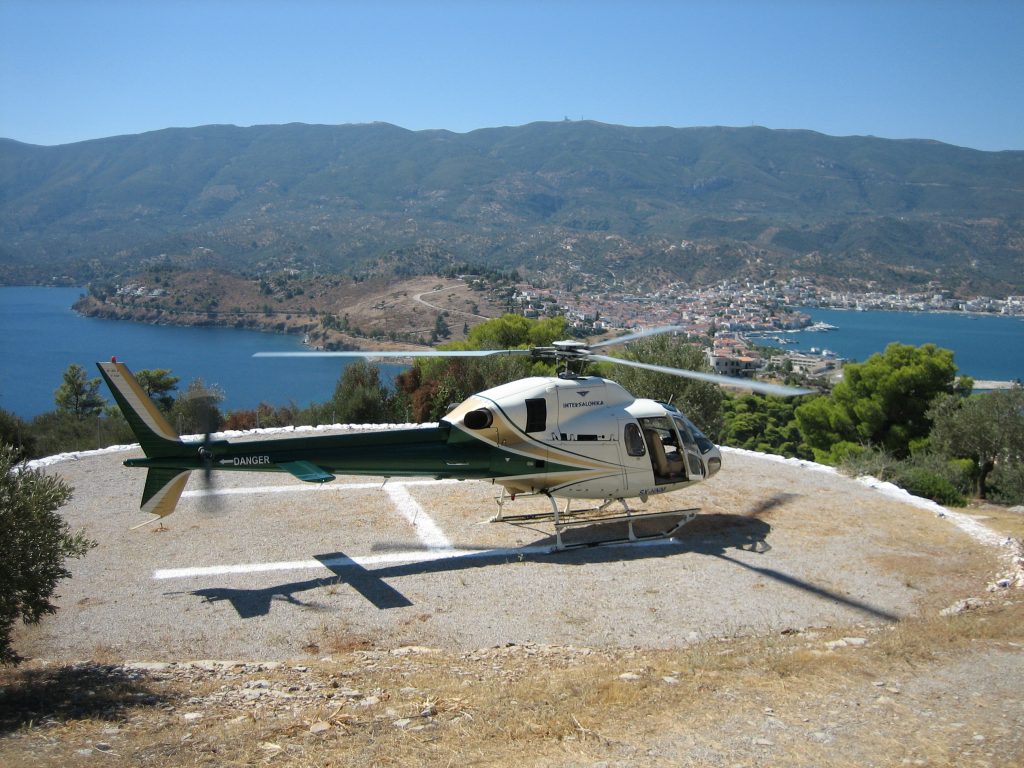 They have easy boarding, as well as an unobstructed cabin and forward-facing seats which guarantee excellent visibility for passengers. 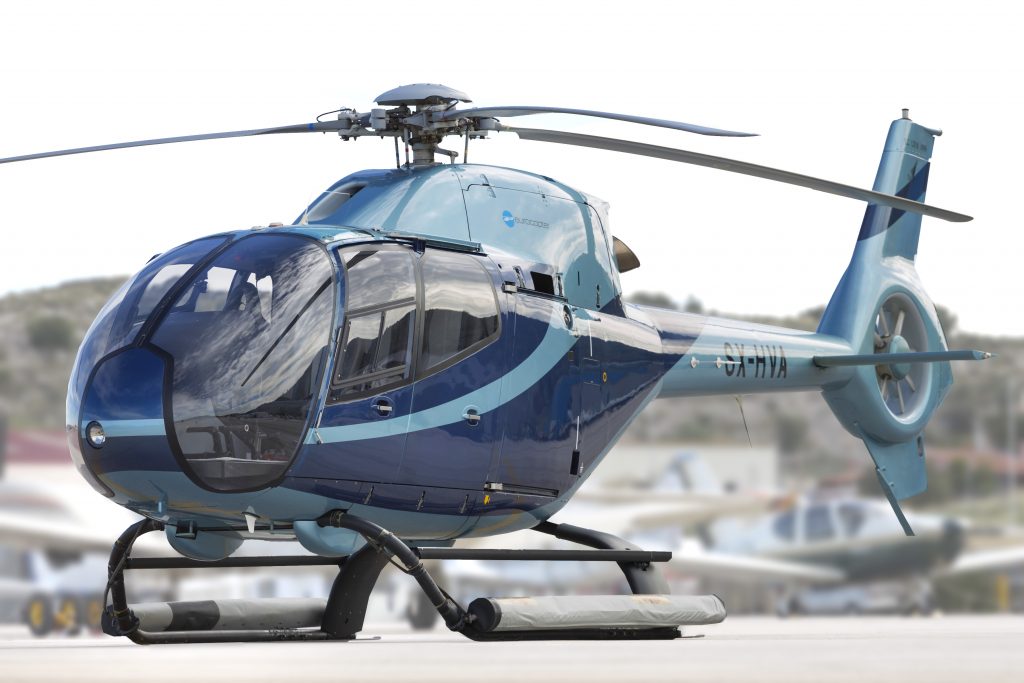 With more than 400 operators, these aircraft have collectively surpassed 1.7 million flight hours as of December 2015.

The H120 comfortably seats one pilot and four passengers inside a wide, unobstructed cabin with ample leg room and air conditioning.

Adding to this helicopter’s appeal is a panoramic view through the expansive glass windshield and side windows, providing unmatched visibility for all those aboard. 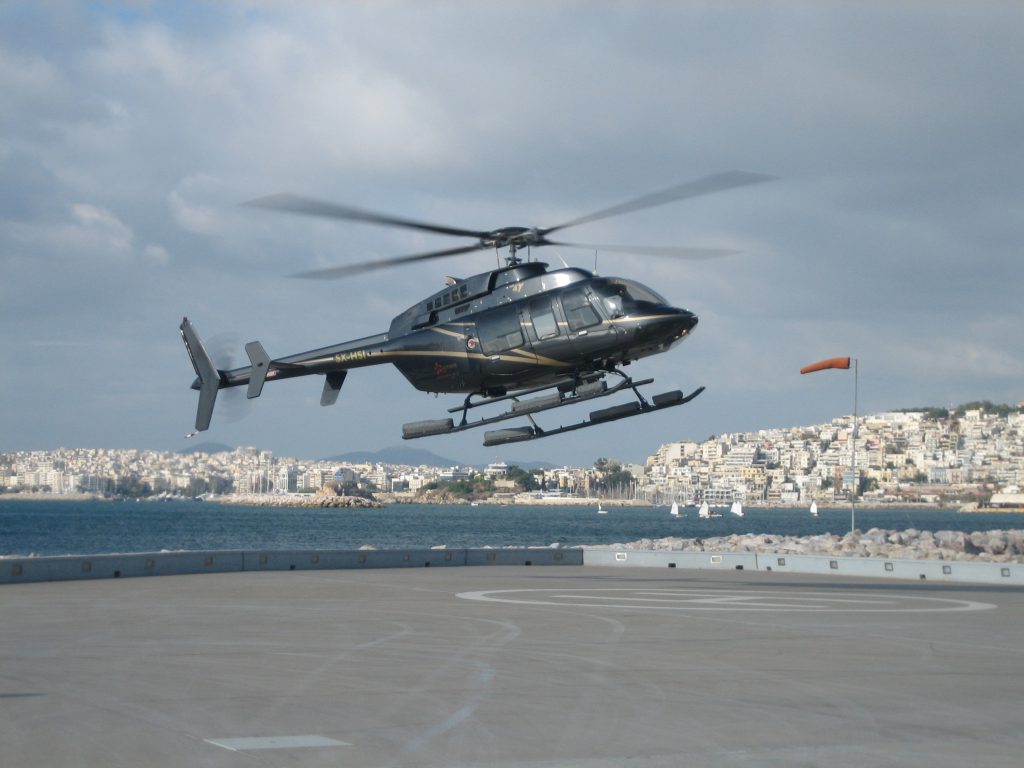 The 407’s interior cabin options in the five-seater collection bring a modernized look and experience to the passengers.

The Bell 407 is a popular helicopter used privately by corporations, hospitals, and individuals, and even in military operations in some countries. 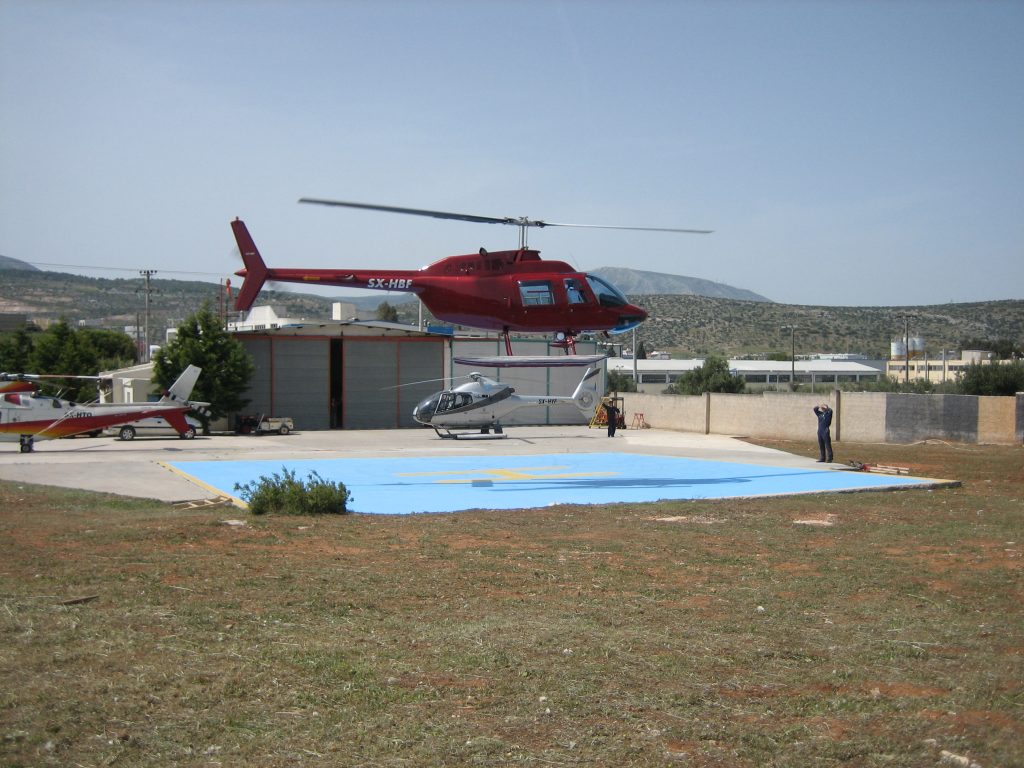 The Jet Ranger is, in fact, the most ubiquitous turbine single-engine helicopter in the world.

The Jet Ranger has the lowest overall accident rate of any major single-engine turbine helicopter and Bell consistently ranks tops among helicopter manufacturers in the customer service and support survey. Tight cabin aside, that makes the Bell JetRanger an endearing, and an enduring, value. 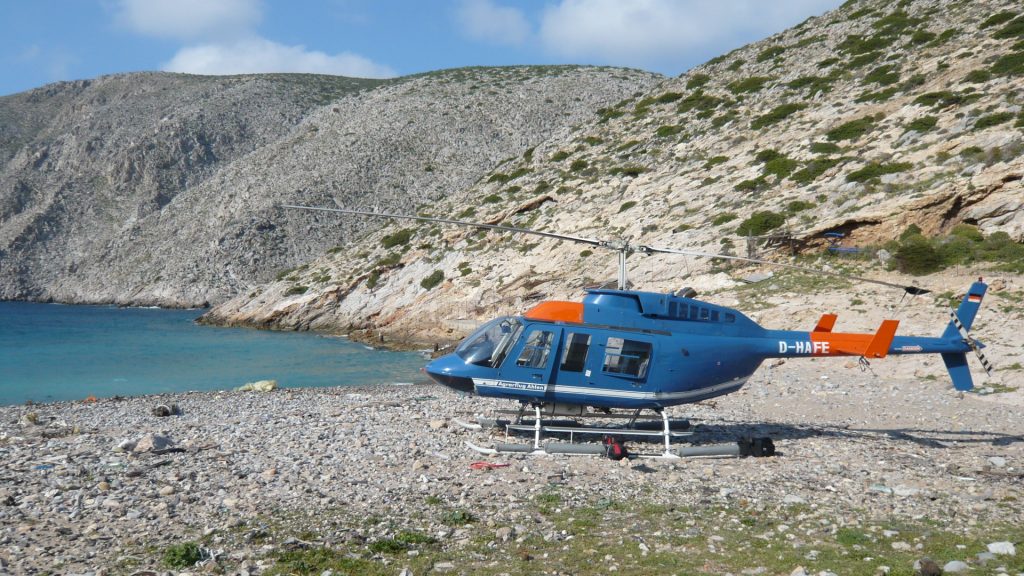 The Bell 206  family of helicopters are among the most popular turbine helicopters ever built and today reliably working in a range of commercial, corporate and utility missions around the world with the robustness that characterizes the manufacturer.

The Bell 206 L3 Helicopter reflects the stretch version of the popular Bell 206 Jet Ranger. It is a helicopter with a single engine 6 passenger, featuring a club passenger seating cabin with two and three rear facing seats and an extra seat in the front beside the pilot. . Its cruising speed comes up to 100 Knots and it also has a two bladed rotor system(Main rotor), delivering the smoothest ride in its class 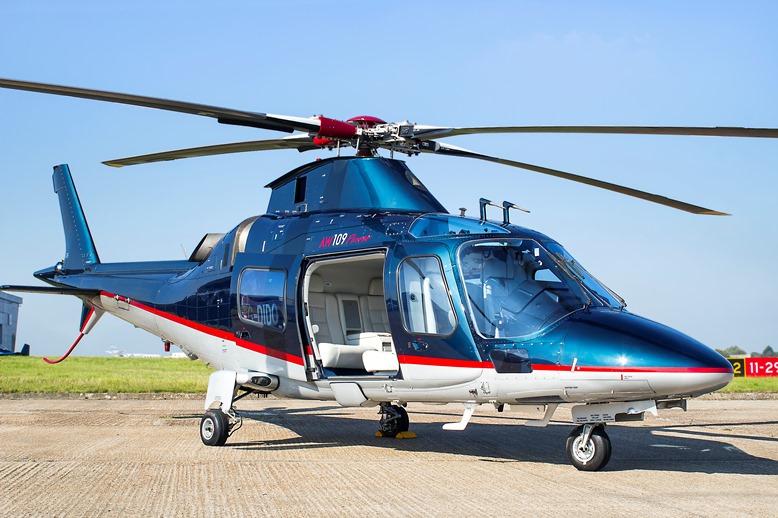 The Agusta A109C with climate control, enhanced sound-proofing and state-of-the-art technology provides a fast and comfortable way to reach your destination. With the ability to carry up to seven passengers and a class leading cruise speed of approx. 155kts, the A109 offers the operational flexibility to meet the requirements for high capacity and time critical flights. 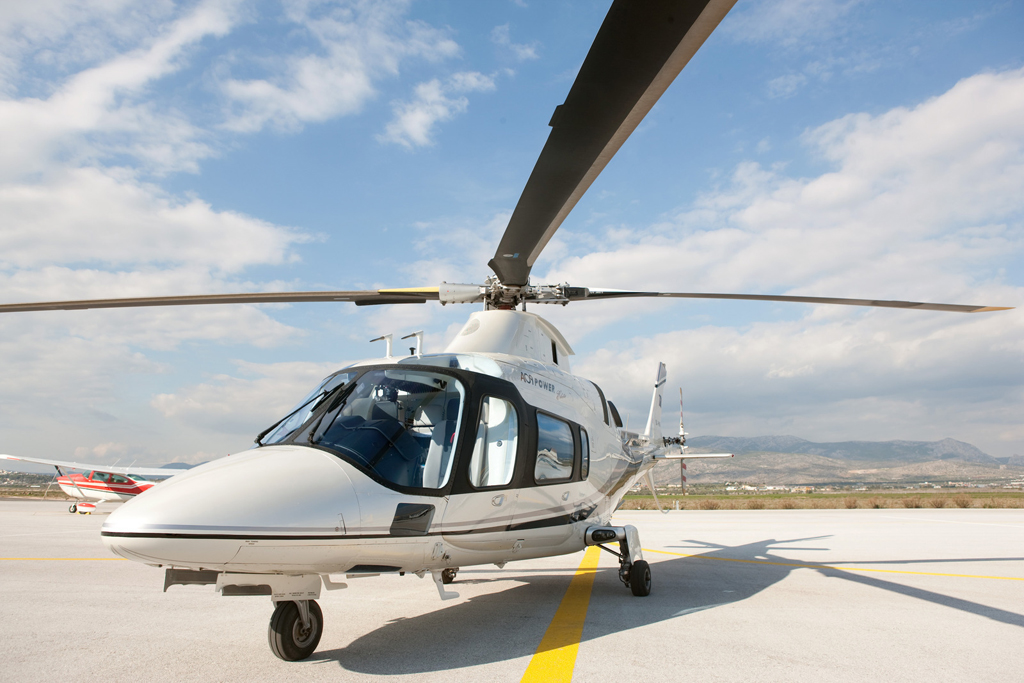 Fly to the Greek islands: